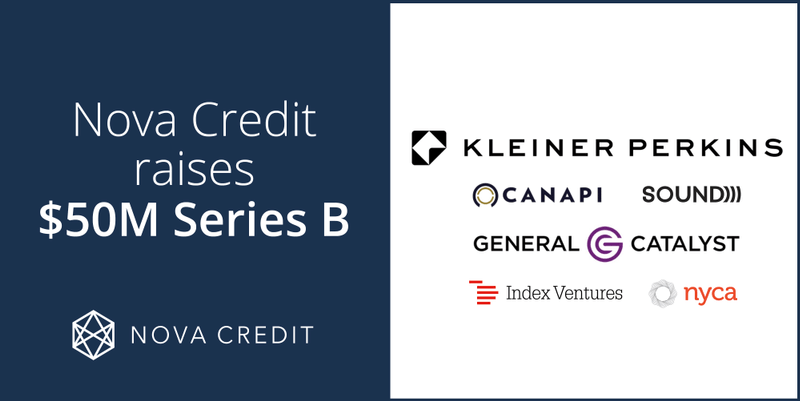 For immigrants in the United States, getting credit history to help build a new life in America has been a stumbling block, but a new startup is addressing this issue, and has received new funding to do it.

New York based startup Nova Credit has received $50 million in Series B funding, led by Kleiner Perkins, with participation with Sound Ventures (a partnership of actor/investor Ashton Kutcher, and talent manager Guy Oseary), Index Ventures, NYCA, General Catalyst, Avid Ventures, Endeavor, Susa Ventures and Canapi. Individual investors in this round include baseball legend Alex Rodriguez and U2 guitarist The Edge.

Nova Credit believes that everyone benefits from living in a society with diverse perspectives, and that everyone, including immigrants,  deserves fair and equal access to the US financial system.

Until the launch of Nova Credit, open access to the financial system for immigrants wasn’t possible “because credit systems are country-specific and people have had to start over when they moved across borders. Our company is on a mission to solve this problem by building the infrastructure to unify the global financial system,” said the company’s CEO, Misha Esipov, in a blog post.

In October last year, Nova Credit established a landmark partnership with American Express to give consumers from Australia, India, Mexico, Canada and the United Kingdom the capability to apply for credit cards in the US using their international credit history. The company plans to launch similar initiatives with other global financial institutions improve its offerings to international customers.

The new round of funding will be used to boost Nova Credit’s global reach and mission to support newcomers worldwide.

NOTE: StartupsOne is currently in beta-testing mode. Some components may be changed or removed during this period.

🚨@StartupsOne is observing the President’s Day holiday. We will be back in ith new content tomorrow!

Any cookies that may not be particularly necessary for the website to function and is used specifically to collect user personal data via analytics, ads, other embedded contents are termed as non-necessary cookies. It is mandatory to procure user consent prior to running these cookies on your website.