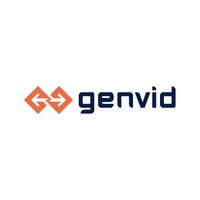 “We are already the standard toolkit for developers looking to bring rich, two-way, realtime interactivity to their games and broadcast,” says Genvid CEO Jacob Navok, in a statement. “Our core tools will continue to improve as new features are added to take advantage of 5G, growth in interactive television, and to support the many new digital media formats being created by independent developers in partnership with Genvid, such as the metaverse-like experiences of Pipeworks Studio’s Project Eleusis.”

Genvid plans to use the new funding to further grow the company’s SDK feature development, and end-to-end developer services platform for live, interactive projects. The company will also grow its business development efforts to media and sports.

NOTE: StartupsOne is currently in beta-testing mode. Some components may be changed or removed during this period.

Save the date! On February 6, join the Blank Center for a fireside chat with Brad Feld (@bfeld), co-founder of @techstars and @foundrygroup. Details » https://blankbradfeld.eventbrite.com/

Calling all female founders! 🗣
The deadline to apply for the Pipeline Angels Pitch Summit is January 31st. If you’re a woman or non-binary femme social entrepreneur, apply here: https://pipelineangels.us2.list-manage.com/track/click?u=4381ef8acab00d82fae50df60&id=70ecd661e4&e=3401f0de3e

It is always our favorite time when the new interns start. This class was selected from our largest applicant pool yet, 565 applications. We are excited to welcome them to the HCP family. Please join us in welcoming the Winter 2020 intern class.

Any cookies that may not be particularly necessary for the website to function and is used specifically to collect user personal data via analytics, ads, other embedded contents are termed as non-necessary cookies. It is mandatory to procure user consent prior to running these cookies on your website.